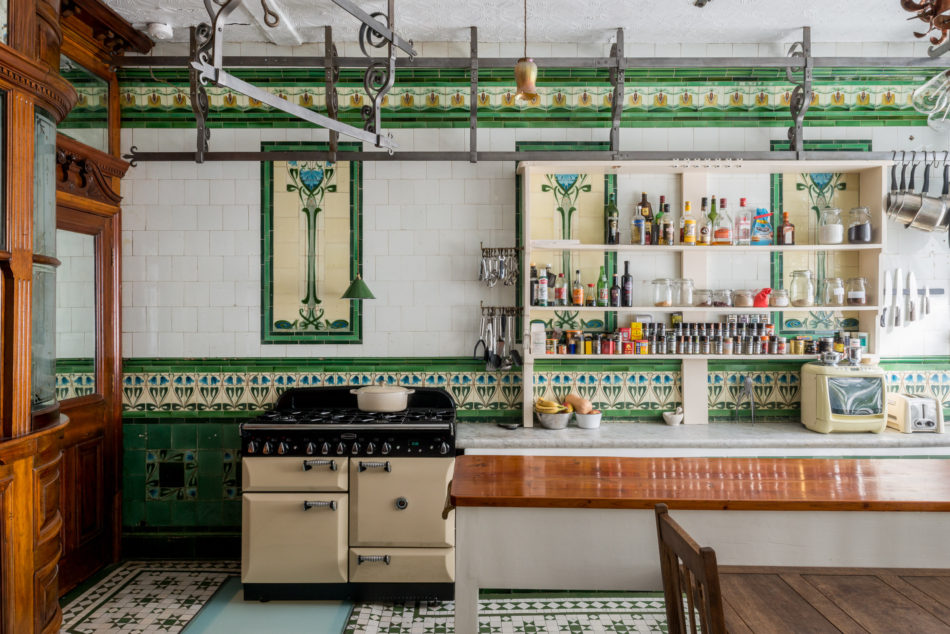 Man, butchers’ shop interiors have gone downhill since the Victorian times – if this perfectly preserved example in north London is anything to go by. Look at it! Those tiles! What’s also incredible is that not only does it survive to tell its tale, it’s also been completely restored and turned into a beautiful two bedroom live-work home, with a kitchen and lounge, every inch of it to swoon over. It went on the market a couple of months ago for £700,000 and is now Under Offer, but there’s no harm in having a look around… 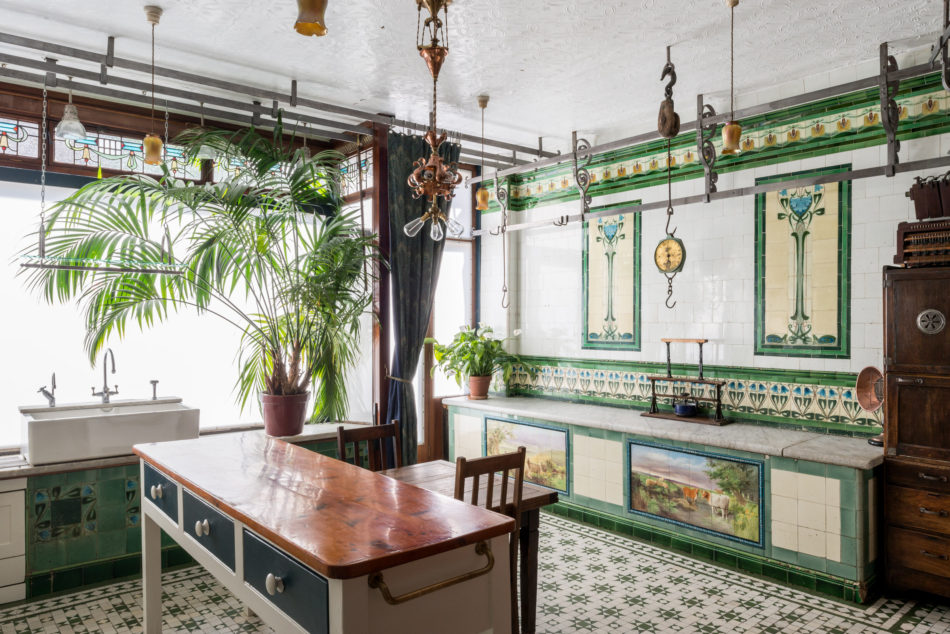 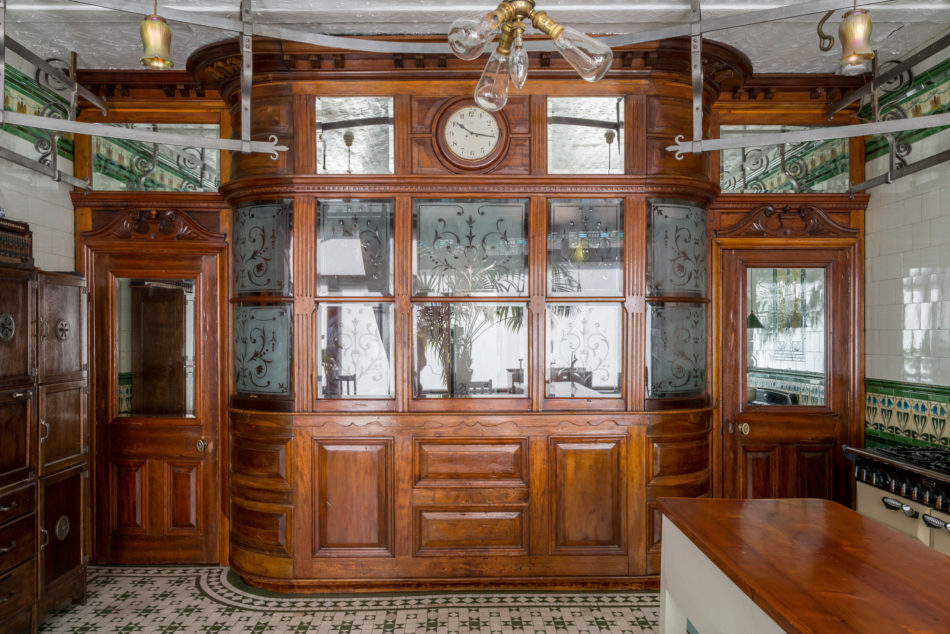 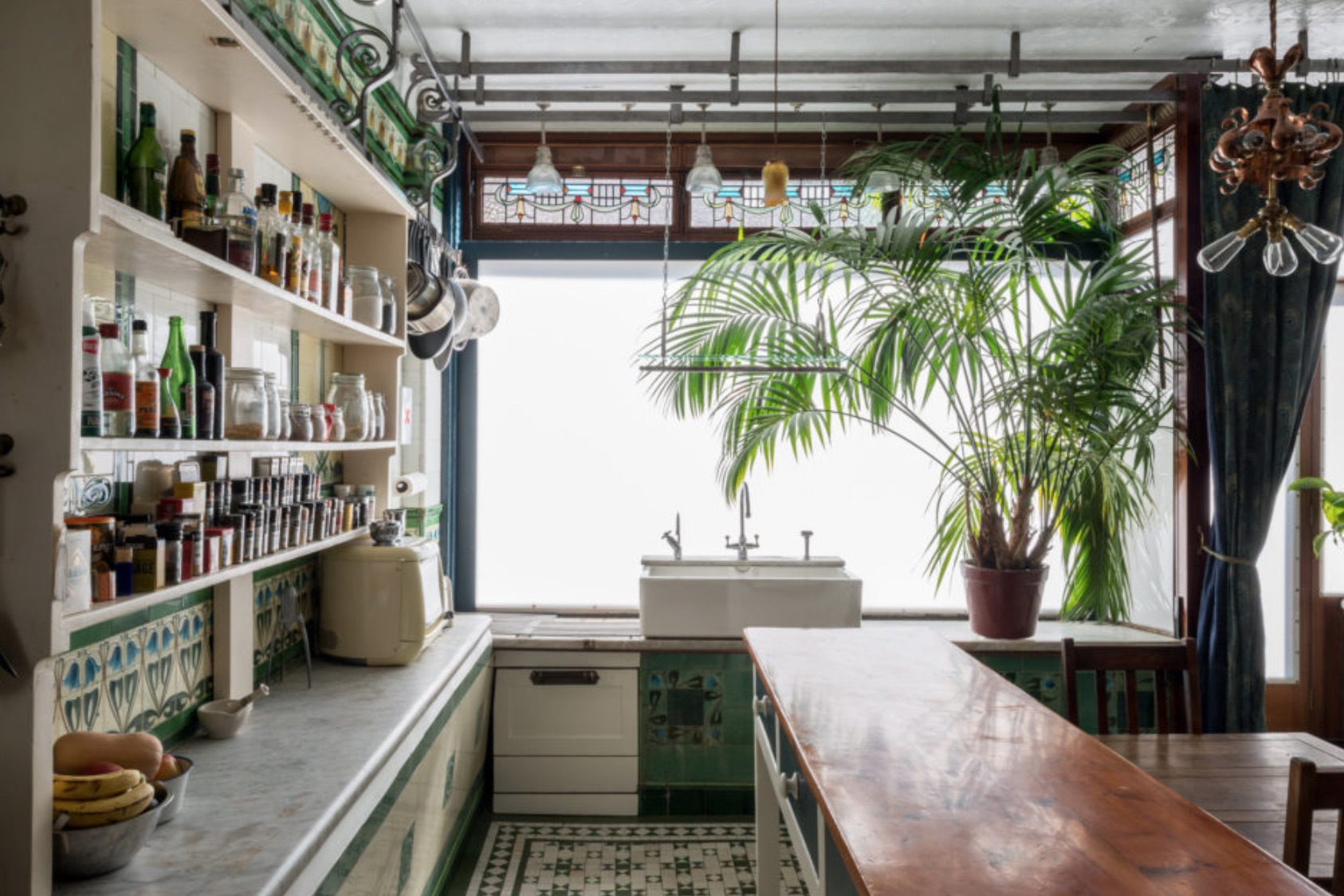 The star of the show is undoubtedly the old shop floor complete with its ornate Edwardian and Art Nouveau tiling, the carved wooden payment kiosk turned cubby hole study. Then there’s all the gorgeous intricate ironwork and of course the original painted scenes of Hampstead Heath a century ago.

In fact, this shop is SO well restored you can almost imagine Mr Hancock, the original owner, sauntering in from out back and slapping a couple of his best steaks on the marble counter. 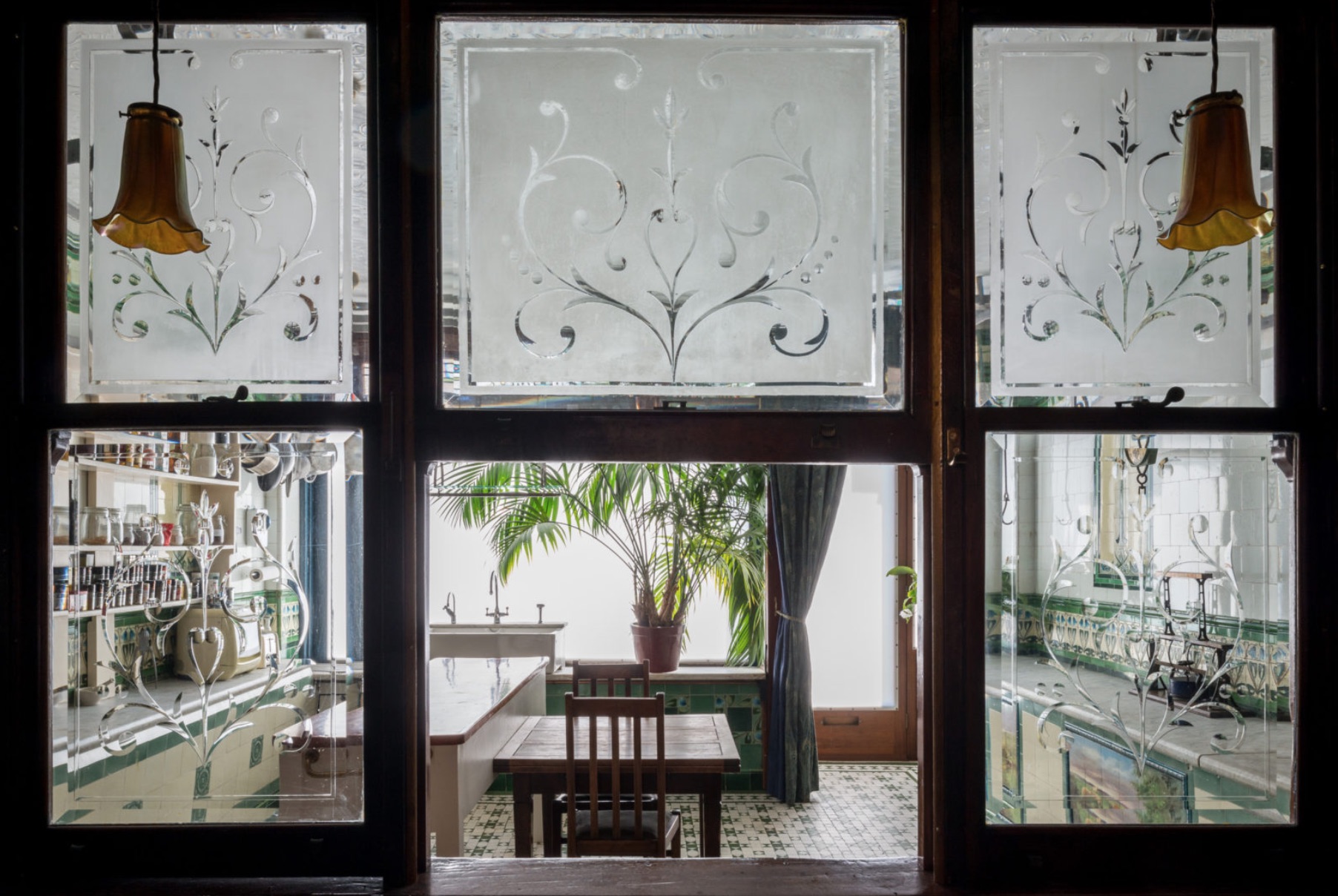 If you just happened to be walking past this gem on Hornsey Road in north London, minding your own business,  it’s highly likely you’d not even give it a second glance. I mean, look at that unassuming  facade? It’s not exactly eye catching, in fact you’d probably think it was derelict. You’d absolutely never guess from looking at it just what a historic architectural gem is lurking behind those windows…

The now-Grade II listed building dates back to 1890. The handprinted sign – swoon! – which was uncovered last year, reveals the name of the original butcher that operated here at number 493 at the turn of the century. The shop changed hands two or three times since then (records are lacking), but it always remained a butcher’s until 1990, when the last commercial tenant, Mr W Plumb, hung up his apron and closed the 100 year-old butcher shop for good. A victim of rising rents and supermarket domination no doubt. 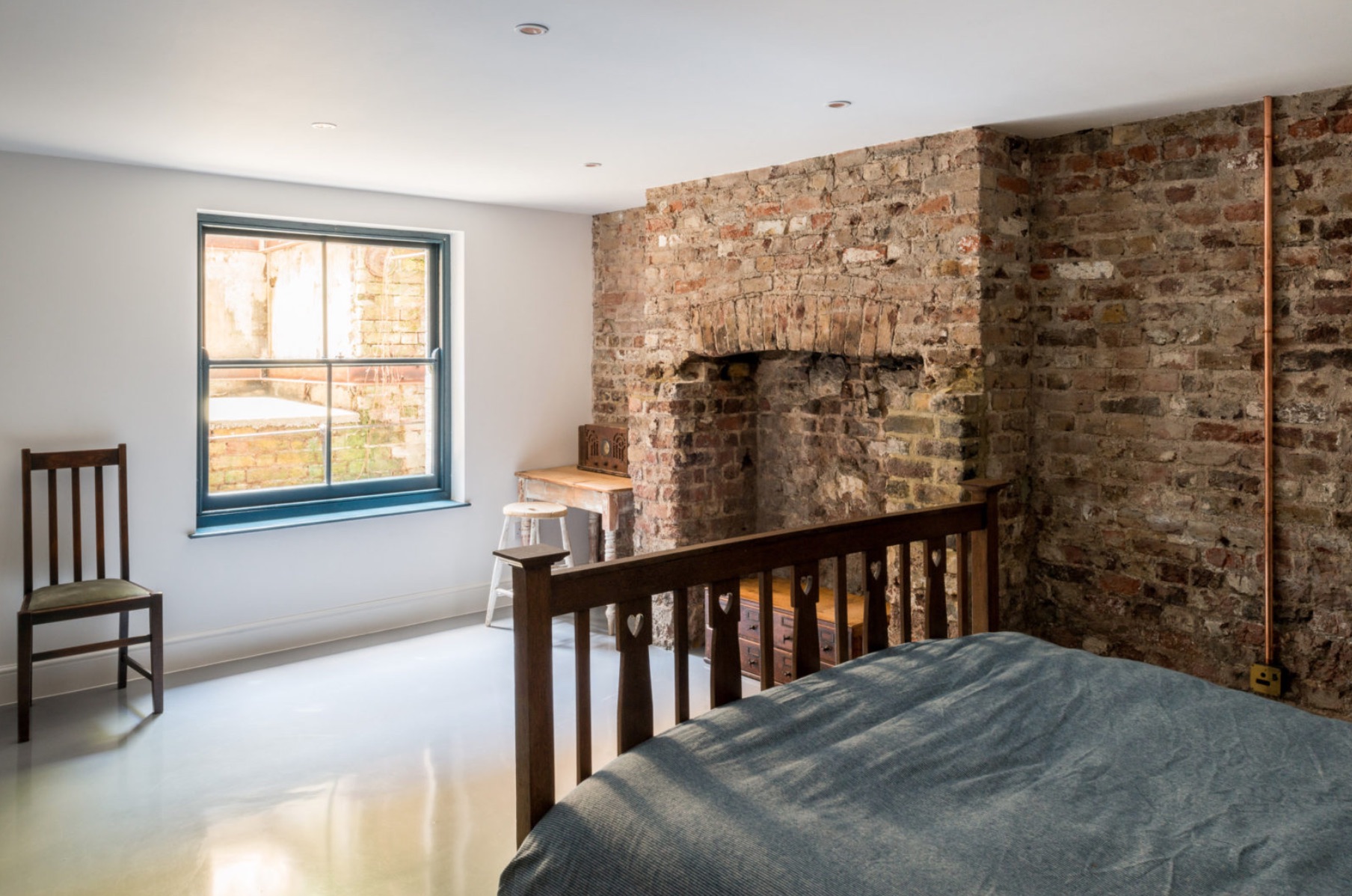 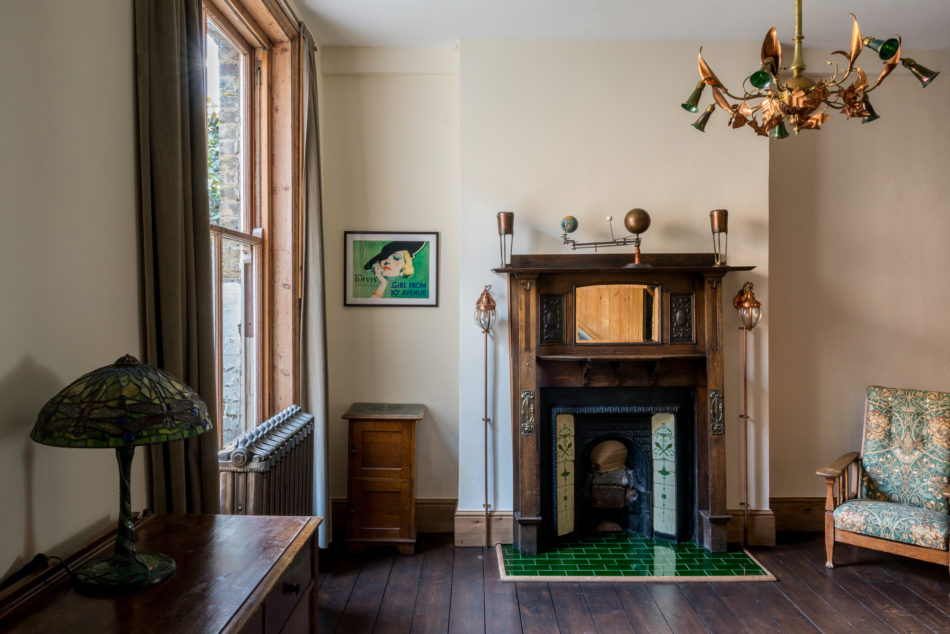 Elsewhere, other original features preserved are the original wooden floorboards which run throughout the rest of the 1,200sq ft house and a fireplace with Art Nouveau tiles similar to those in the shop. Other surprises include a little workshop and a courtyard garden! 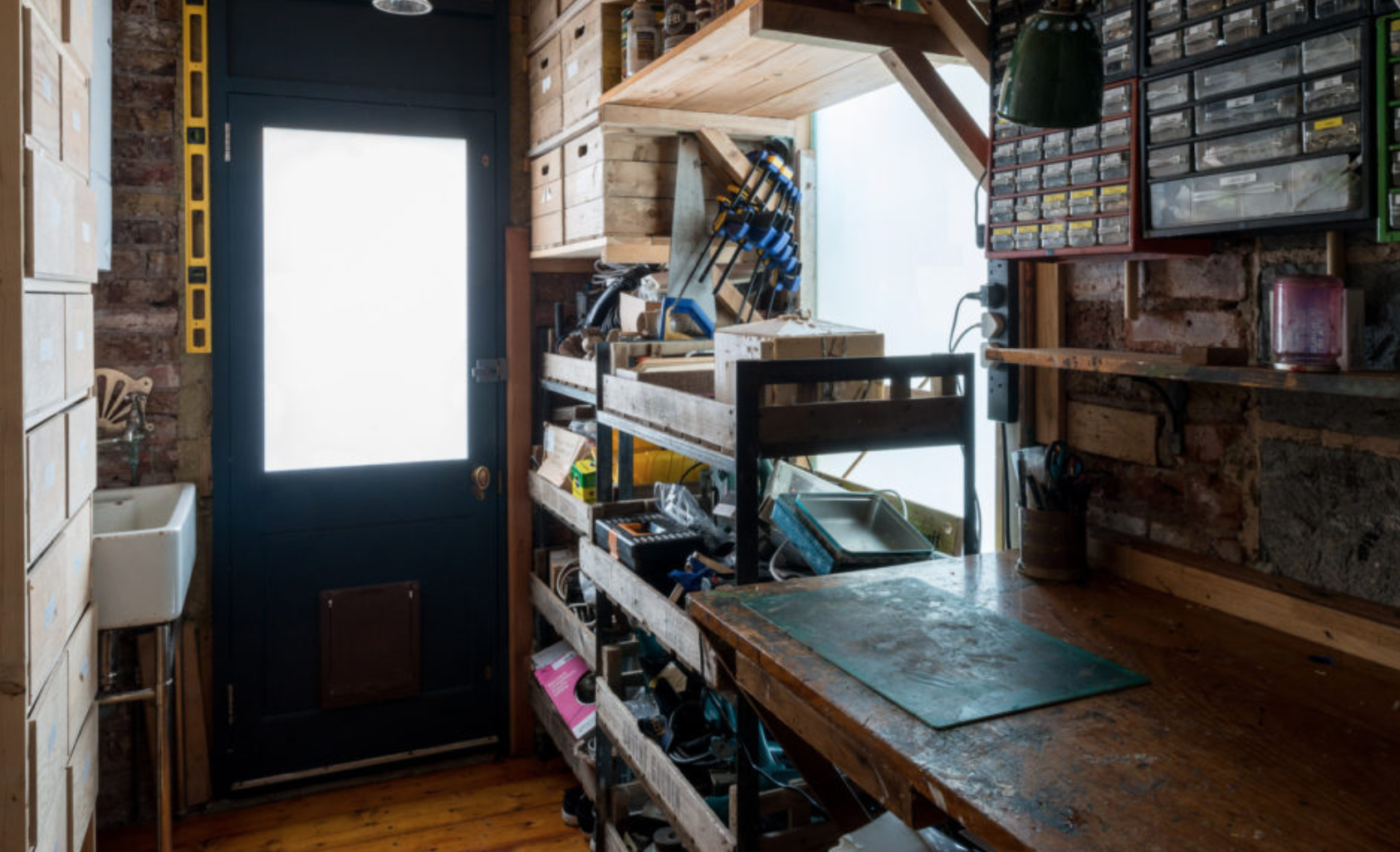 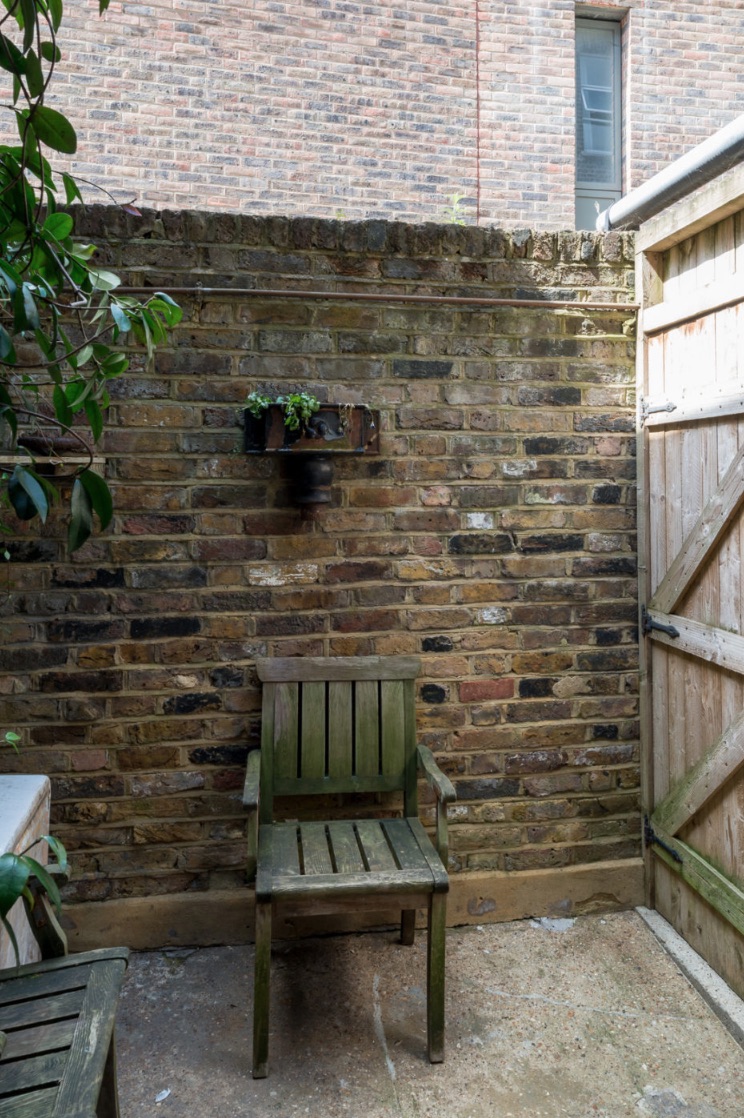 View the listing on The Modern House. 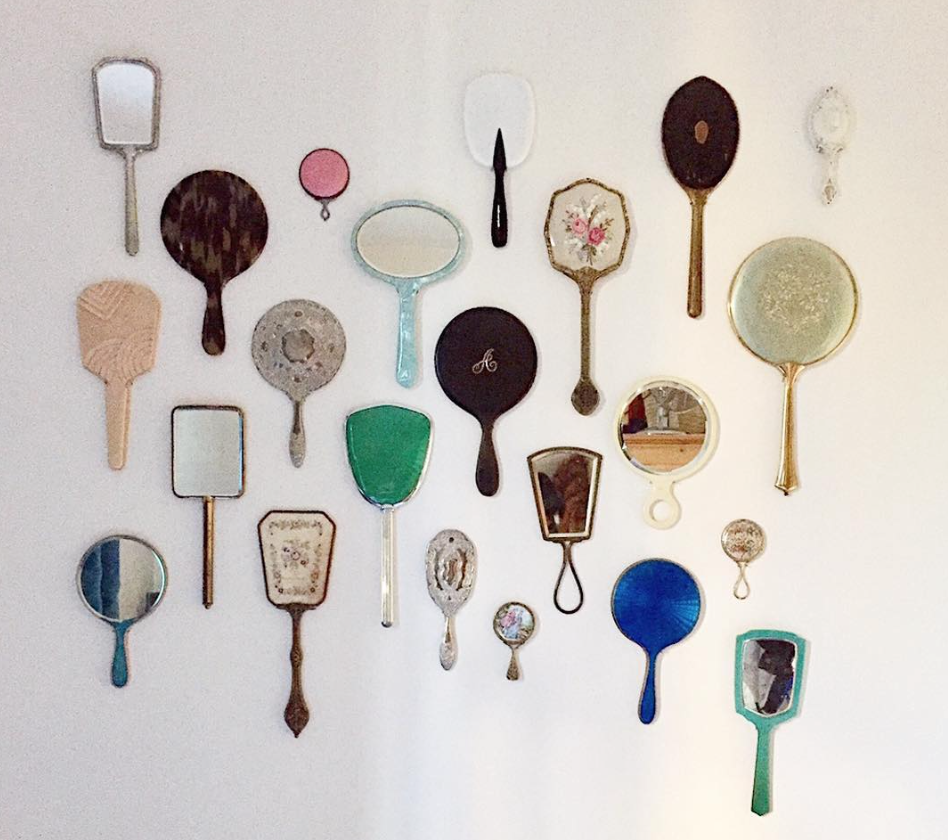 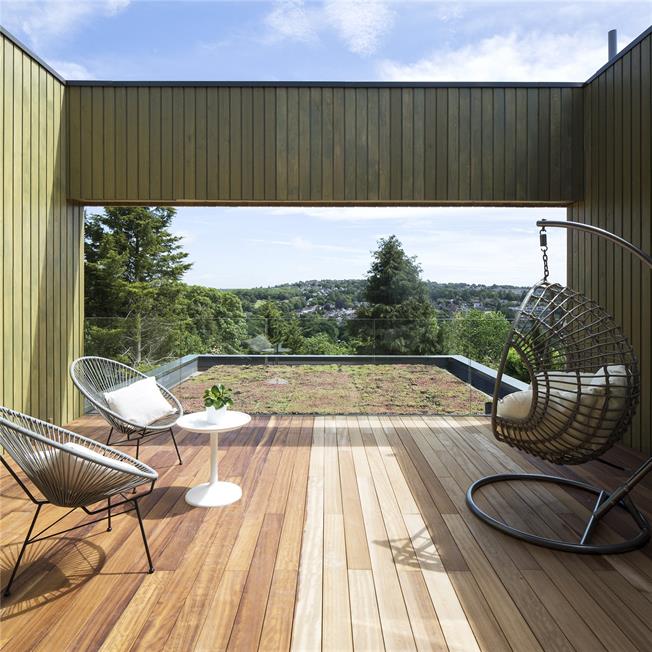 Grocery Shopping at the NY Corner Shop Made of Felt 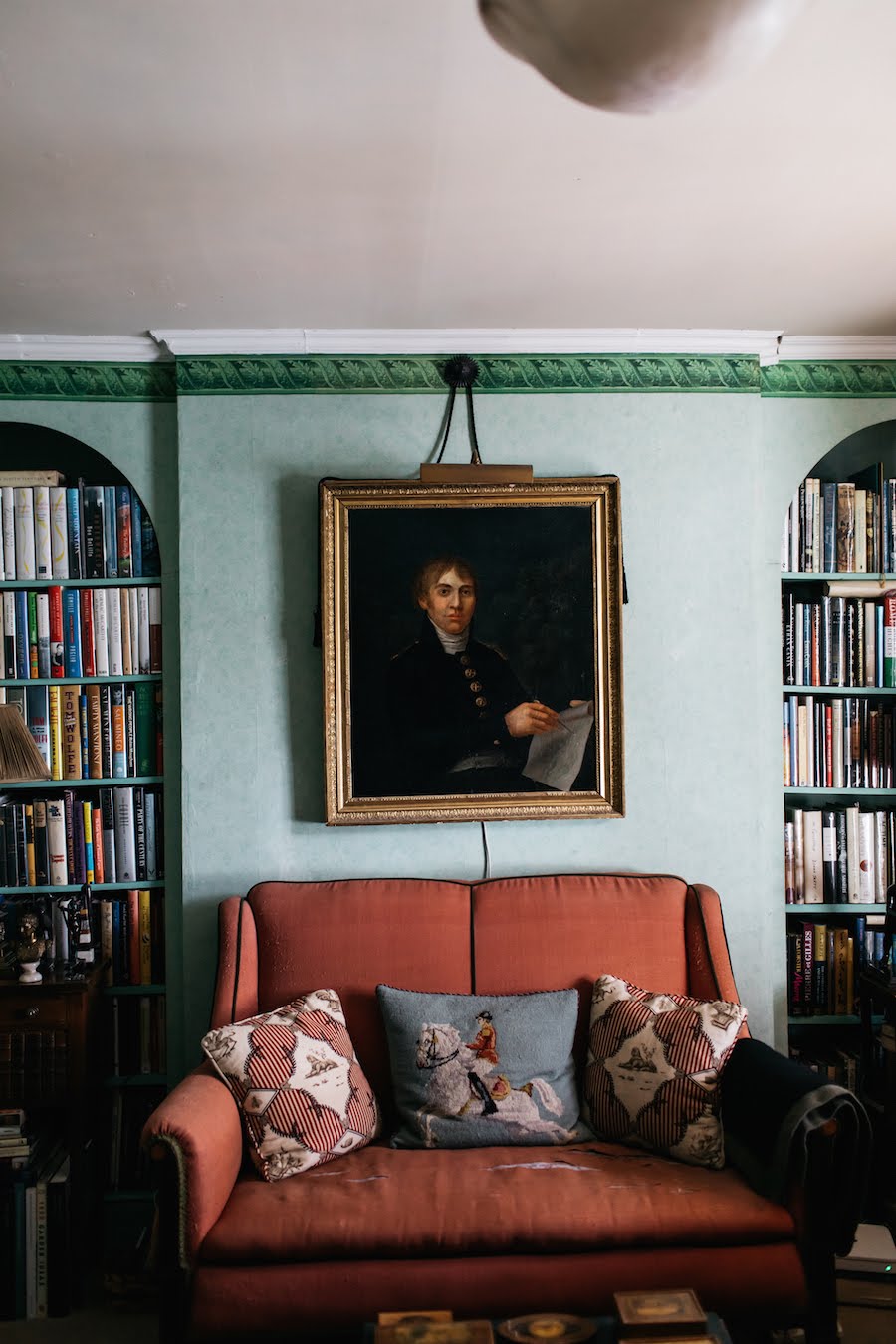 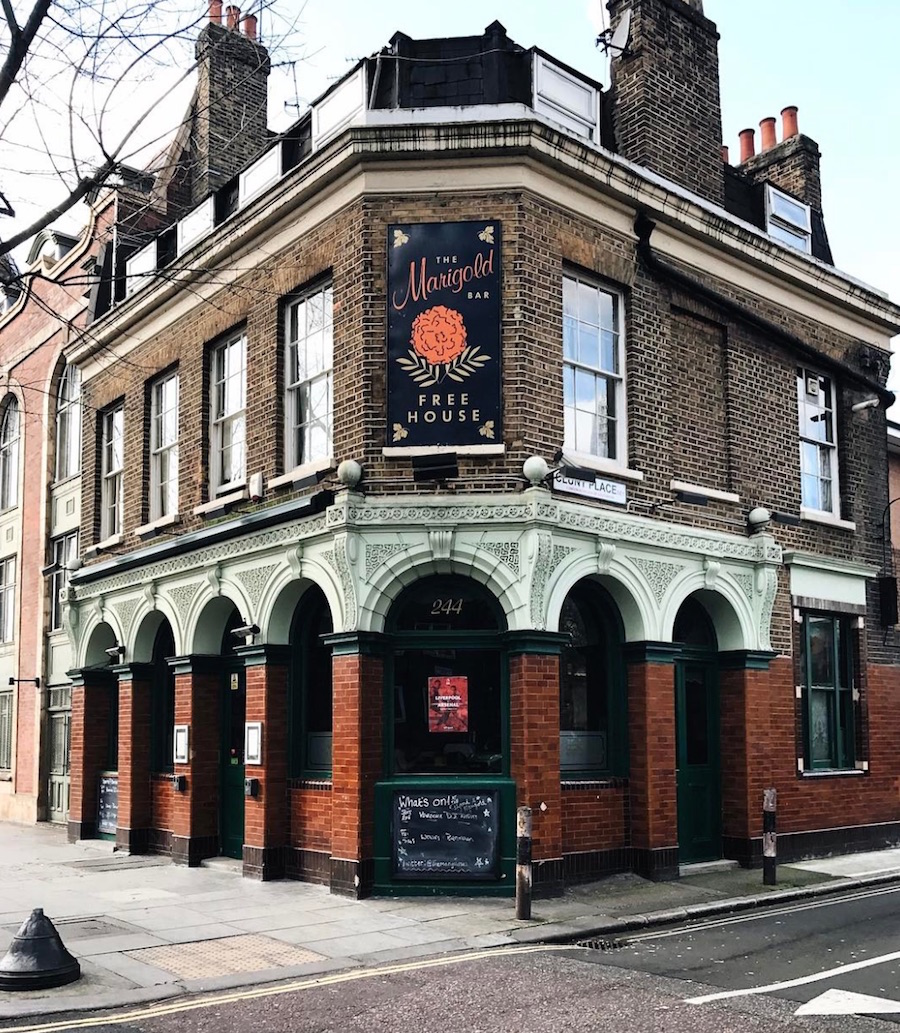